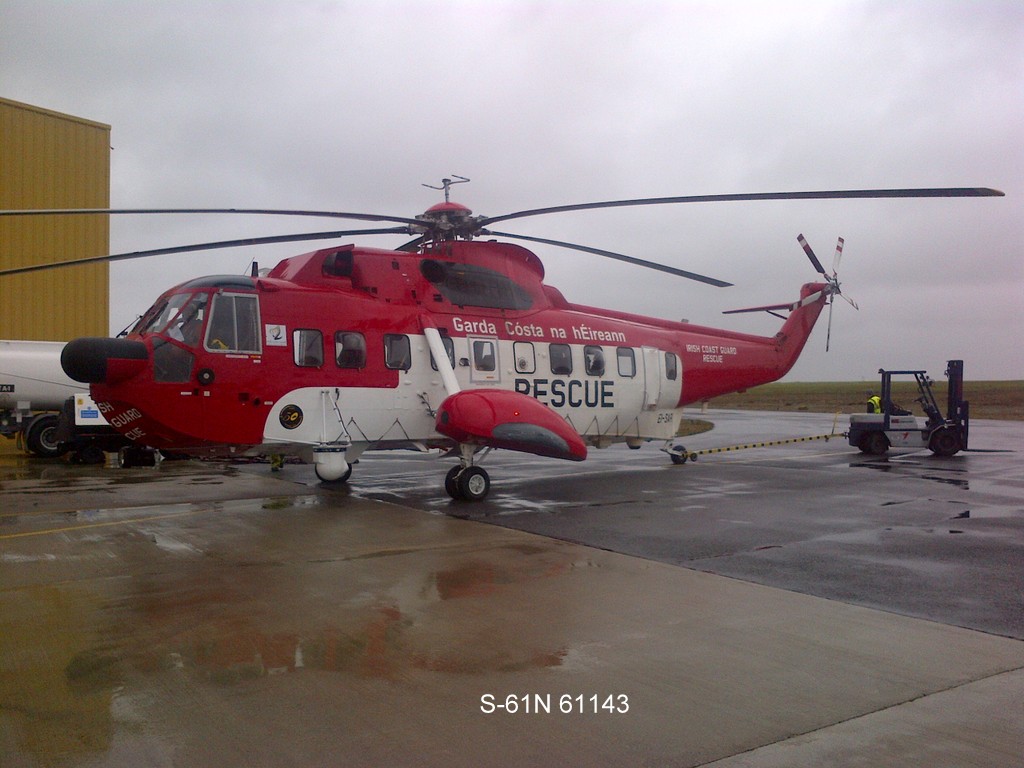 Just for the record, the Sikorsky S-61N 61143 first flew with a certificate of airworthiness on September 25, 1962. Half a century ago.

Today, with over 36,000 hrs total time, it is still flying off the west coast of Ireland on search and rescue (SAR) duties and indeed flew a 2-hour mission this afternoon.

50-years old and still a competitive helicopter – arguably still the most dynamically stable platform available for SAR. A great testimony to the designers and assemblers many of whom
will have long passed on.

Going through the early log book the only name I recognize is Sikorsky Pilot Art Tobey who flew her in January 1969.