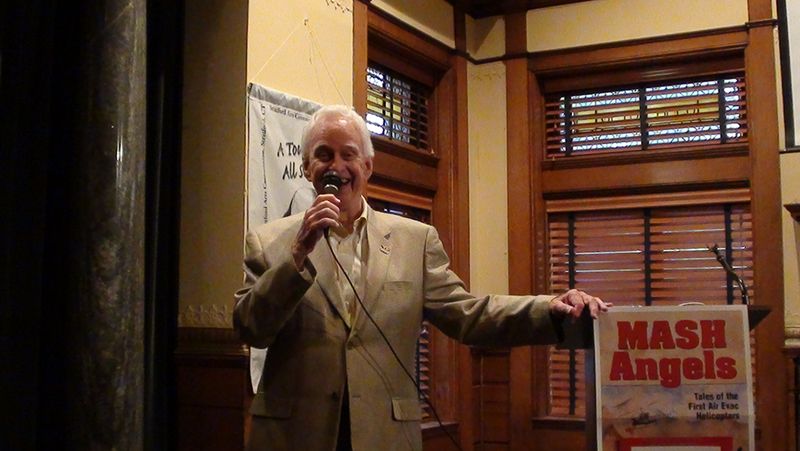 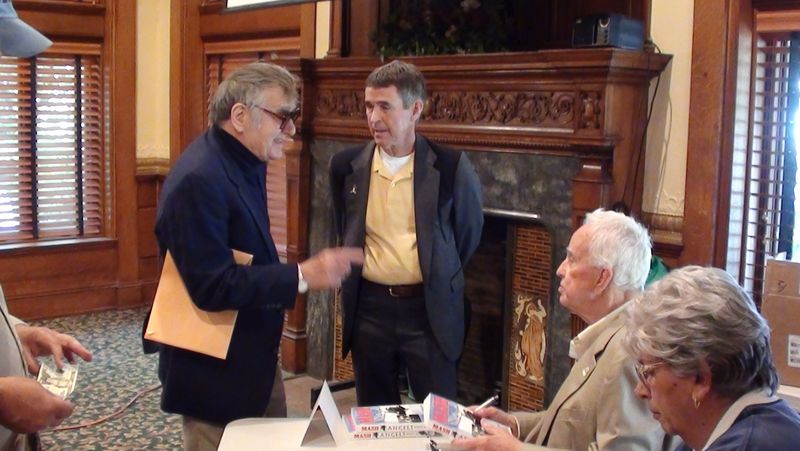 Nikolai Sikorsky, son of Igor I. Sikorsky Sr, purchases his signed copy of Mash Angels from author and speaker, Richard C. Kirkland at the May 15, 2010 presentation in the Lovell Room, at the Stratford Library. 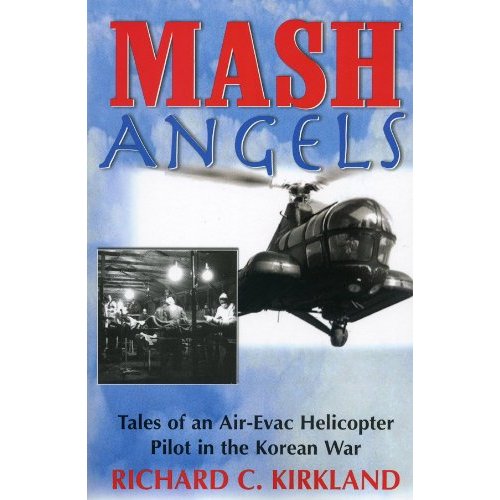 “An engaging and inspiring account of people willing to put themselves in danger in order to save lives. ” –Kirkus Discoveries

Here is a vivid personal account of danger, heroism, and spirit at the dawn of the helicopter age. Prior to the Korean War, the helicopter was all but unknown, and rescue was problematic for downed pilots and wounded soldiers stranded behind enemy lines.

Richard Kirkland was one of the pilots who pioneered the use of helicopters for battlefield medical evacuation, and in this book he recounts his experiences on the front lines of rescue flying and military medicine. For the helicopter was the perfect partner for another revolution in military medical care—the Mobile Army Surgical Hospital, or MASH. Here are the real-life experiences of the MASH characters so familiar
from the hit TV series: the nurses, surgeons (including the real “Hawkeye”), and helicopter pilots who forged a new era in military medical care.

Richard Kirkland was awarded the Distinguished Flying Cross, six Air Medals and the USAF Commendation Medal. After his Korean War service he was an executive in the aerospace industry. His other books include War Pilot. He lives in Vienna, VA.